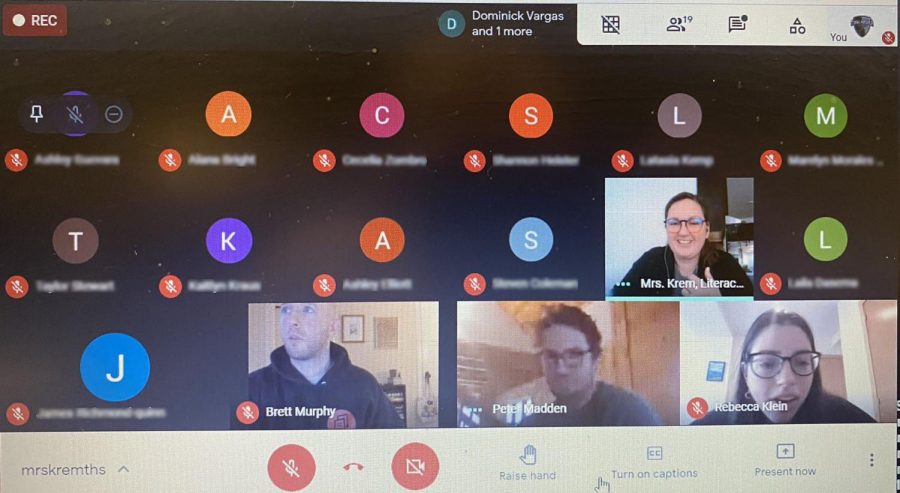 Peter Madden, editor and investigative reporter from ABC News, logged on to a Google Meet that was completely empty as students finished up conversations about their own investigative reports in Google’s Breakout Rooms. As students repopulated the main room, they began to transition from one activity to the next. They knew this moment was happening, so seeing a new face in their room was not the biggest surprise. Note-taking documents were created as learning how to write an investigative piece became the focus of the class.

Madden turned his camera on and began to introduce himself. Since the class was waiting for two more journalists to show, Madden answered a question: What is your favorite thing to write about? Discussing his love of sports writing, Madden also clarified that writing about golf led him to begin writing about the current president’s involvement with golf courses, which further led to reports on the Mueller Investigation. He would later go on to explain that it’s the people and politics of writing about sports that is the more interesting take on that facet of journalism.

“I learned how important it is in sports coverage to not just cover what people are going to see (who will win or who will lose), but rather, focus on the story behind the story,” said sophomore Cecelia Zombro.

Rebecca Klein, journalist at the Huffington Post, and Brett Murphy, an investigative journalist at USA Today, joined promptly at 9:00 AM. And in true virtual learning fashion, there were technical difficulties. Both Klein and Murphy were able navigate the disruptions and return to the panel successfully.

Murphy discussed how his job took him all over the country as well as his experience with magazine writing. Klein discussed her role as a journalist in the education field, including how she saw the opportunity to be an education reporter and took it so that she could interact with students.

“I really appreciated her sharing how she liked writing about education and the injustices that are present in the system,” stated senior journalist Lauren Lawson.

Klein said that she has to create time for short term projects – usually two or three hours a day. Madden acknowledged that he doesn’t have the same demands as Klein with her long-term articles as well as beat reports, but said he was a “compulsive list maker.” He also said that it’s important to write as you go. Murphy added that his outlines always change throughout his writing process, but that he gets a lot of his long-term stories from beat reporters.

“In the virtual learning environment, it’s hard to stay focused,” said senior James Quinn, “but [they] gave us something to look forward to and we really appreciated that.”

The panel ended with a discussion about interviewing. Murphy took the lead on the question by reminding students that interviewing was a human interaction, that those being interviewed should be given control. He reminded the students that getting a response is “not transactional” and reporters should feel entitled to a response. He also provided the students with questions to end the interview with so that they can continue to find more information. Klein paralleled her response  with Murphy’s by saying she used the same questions to end her interviews. Madden followed up by translating this process to interviews for television: “It’s a big ask to have people share their most vulnerable moments and I try to be sensitive towards that.”

Sophomore Laila Dasema described her experience: “I really appreciated when [Murphy] started talking about how to be gentle with others when it came to sensitive topics.”

Students were able to be interactive as questions they developed before the event drove the conversation. One question asked Klein about discrimination in education as a result of COVID 19. Klein was able to respond by acknowledging the story from which it came and added that she would be updating that as the story has progressed since publishing. Senior Steven Coleman was able to confirm in the chat that his question did come from that article and now has something to look into later this week as he reflects on his learning from her response. Another question asked Murphy how he discovered his story on California Truckers, and Murphy admitted that one of the beat reporters picked it up. Murphy also explained that he did not know much about the trucking industry before he began that piece, so it was a learning experience for him as well.

After the panel left, Principal Chris Berry and Assistant Principal Jody Ratti shared their thoughts on the experience, which really culminated in how relationship-building was a key component of good journalism. The students echoed the excitement of the experience and discussed the parts they thought were most beneficial to their own learning.

Students hope to meet the panel again as they wrap up their own investigations in January. 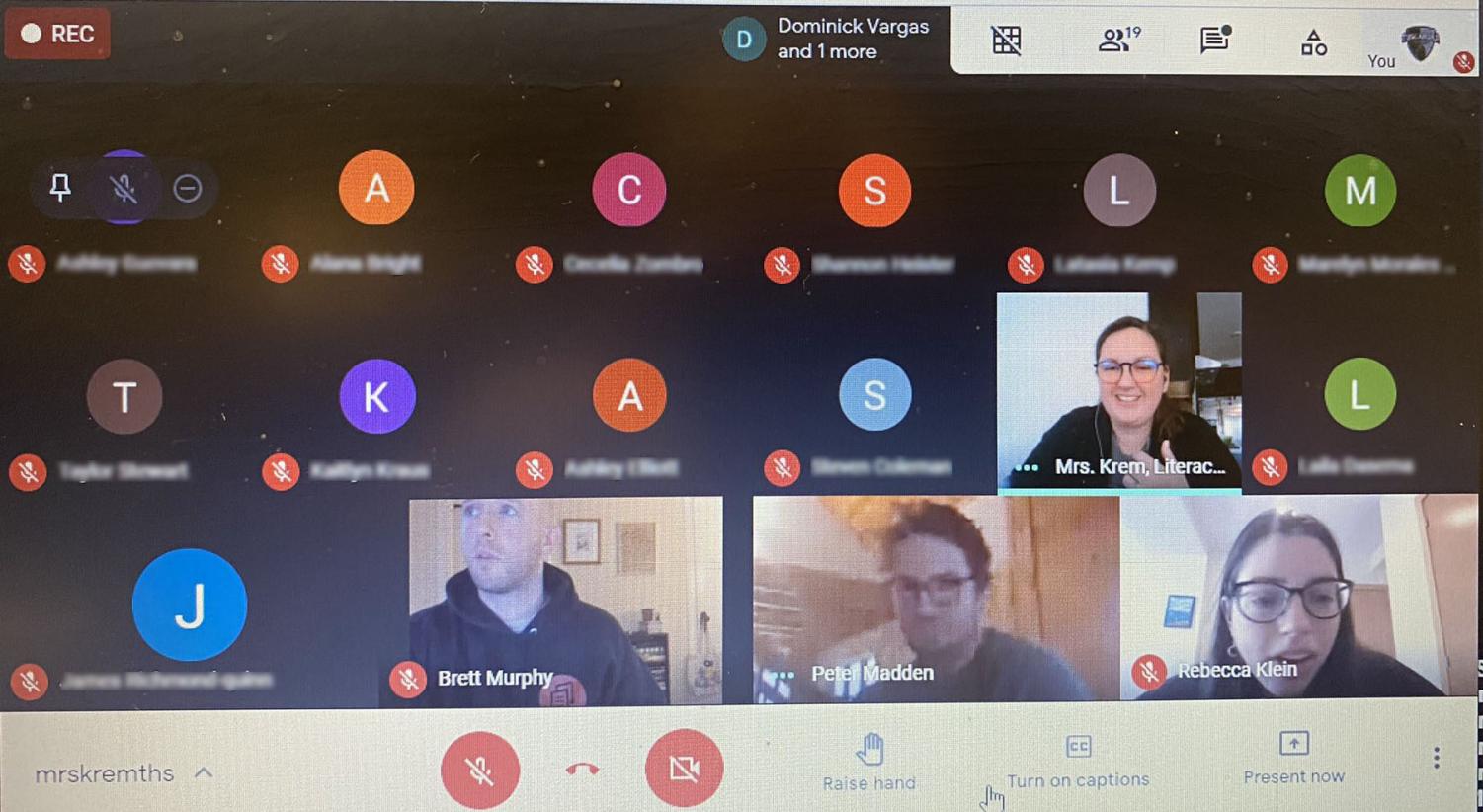