Athletes Have Options During Covid-Closure 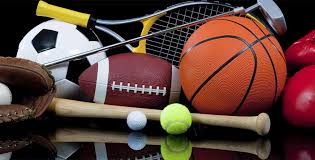 The High school season for fall sports seems to be cancelled, but does that mean that there isn’t anything students can do during this time instead? The short answer is no.  All hope isn’t gone for fall sports such as soccer, volleyball, and football.Some athletes have found ways to continue playing.

Although with all the fall sports cancelled due to the pandemic, the women’s high school soccer program has been trying their best to make due with the situation. A way the women’s soccer teams can keep in touch and play are by going to practices or conditioning. The practices have very strict with their rules to ensure everyone’s safety . Rules that you would have to follow if participating in these trainings are temperature checks when you first arrive, bags 6 feet away from each other, no touching the balls with your hands, and wearing a mask at all times( except during actual running and playing soccer). The coaches have to be wearing masks at all times and need to be 6 feet away from all players. The Tuscarora High School women’s coach didn’t start to do the practices until 2 months after every other school because he wanted to ensure he was safe from COVID-19. His daughter had cancer and wanted to be 100% sure that him and his daughter were safe so he could take her to college. Other fall sports seem to also be having these practices as well.

Summer leagues have been going on every summer, which are 7v7 mini games before the fall season starts. The official high school league was cancelled due to the pandemic but many other ones have been starting now to replace and make up for it. There’s 2 leagues going on right now. They are not allowed to be involved with our schools though. Anyone is allowed to make a team, so you don’t have to be with a high school team so play in these leagues. Although these leagues can’t have high school teams associated with them, high school teams can still play. The name of the team can’t involve a school and players in the league can not be wearing any school related clothes.

This is a very hard year for seniors during this time that place fall sports. Jordan Rita who is a senior at Tuscarora High School told me her thoughts on it. She told me that, “It sucks that we can’t play one more time before graduating, but playing in these leagues helps us play with our teams which I am very grateful for.” I am also a senior who was on the team and this has made me very upset. Playing soccer for high school is probably the only thing I look forward to every year and to see it nt happening breaks my heart. I am very grateful for these leagues.  I get to play with my teammates one last time and I also get the chance to play with the freshman since I won’t get to this year.