What is the current state of the coronavirus and how will it affect schools reopening? 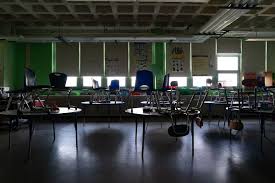 The coronavirus disease took over the nation by storm back in March of this year. Stores, schools, concert venues, and other public establishments rapidly started to close up — big public events such as concerts were cancelled and postponed, or were performed with no audience and broadcasted live — many people lost large amounts of money and some even had to stop coming to work. With laws being set in place, such as masks and face coverings being mandatory and limited people count and closeness in public settings, how is the coronavirus still affecting the country today?

Based on a map from Vox.com, which shows how each state in America is currently. The map’s basis is on whether the state has met an amount of four points: the number of daily new cases, the infection rate, the percentage of tests that come back positive, and the percentage of hospital beds occupied by sick patients. A majority of states, including Maryland, are colored red on the map, meaning they have only met one of the four requirements. Only two states, Connecticut and New Hampshire, meet all four. An additional eight met three conditions, and two — Alabama and Florida were excluded due to “recent issues with test reporting.” While conditions are better than when the cases first surged in the United States, the urgence to reopen caused people to not adhere to safety precautions, and cases spiked again.

In Maryland, the virus continues to spread, although not as intensely as in some other states. There are 8-12 new cases per 100,000 people every day; Maryland’s population is around 60 times that. On average, an affected person will spread the virus to one new person every day. With a population of around 6 million, many people can easily be infected very quickly. Finally, 70%+ of Maryland’s hospital beds are occupied. In case of a sudden Covid surge, we could very quickly run out of open and clean beds for infected patients to occupy. These conditions are not great at all, and raise great concern, should the state try to reopen. While the number of cases have reached a bit of a still, it is not looking to get better, as more than 1,500 people still get tested positive every day and the state and officials are not pushing for improvements. “Clifford S. Mitchell, director of the Environmental Health Bureau at the Maryland Department of Health, said that while officials know it’s ‘theoretically possible’ to drive the caseload down further, doing so would carry ‘a tremendous social cost.’” It is believed the current state will not fully improve until a vaccine is made, or the people are forced to completely stay home.

With this current state of the virus, should schools really be looking to reopen soon? Gov. Larry Hogan said that “every single county school system in the State of Maryland is now fully authorized to begin safely reopening.” A hybrid plan of in-person and online schooling is encouraged. However, should we really be putting our kids at risk by having them around thousands of people every day in an enclosed space? The coronavirus pandemic doesn’t seem to be looking bright any time soon.