Is America’s most popular sport also its most dangerous? 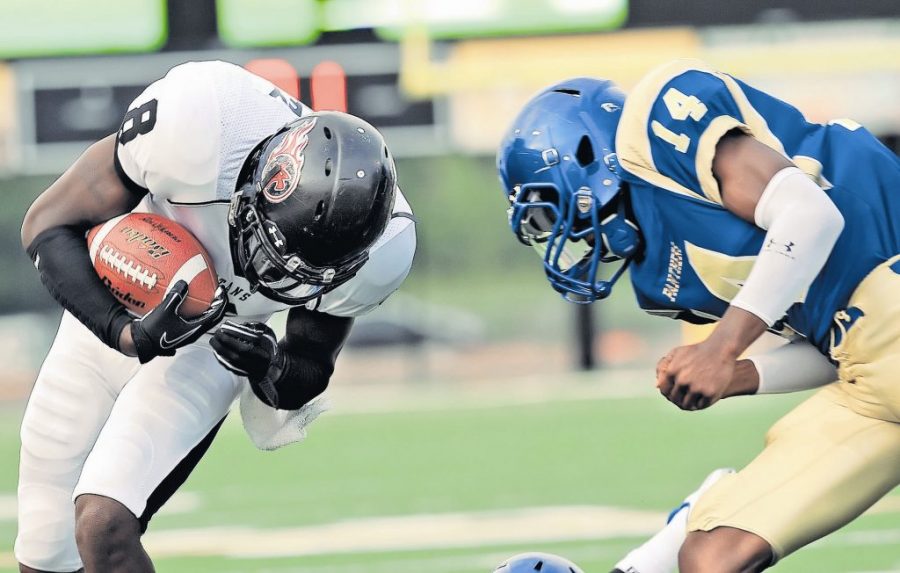 The most popular sport in America is football, of course, but it may also be considered the most dangerous sport in America. Very high rates of concussions, traumatic brain injuries, and CTE have been found in former football players. All three of these injuries have major effects on the brain causing neurologic and psychiatric problems. Once a player suffers from one concussion, it is very likely they will suffer from another one or a small head injury. Overtime, small head injuries can create major problems within the brain and football players are subject to many of them throughout their careers. Even with youth football, participation has decreased due to the high risk of head injuries. This problem has gone so far that lawmakers in New Hampshire and Illinois say “we should ban the sport for kids and teens.” Finally, some people may say boxing is much more dangerous than football because of the repeated hits to the head and body. But, some say the referee is right there watching and boxers know where the hits are coming from so it is not as dangerous as football.

Chronic traumatic encephalopathy, known as CTE, is a brain disorder caused by repeated head injuries. These repeated head injuries cause changes in the brain to progress and worsen overtime. The worst part about CTE is that it can go unnoticed very easily for months or years. Some symptoms of CTE are memory loss, aggression, impaired, judgment, and depression. A famous case of CTE is former NFL player, Aaron Hernandez. He killed himself while he was in prison for murder. He was only 27 years old and autopsy results revealed he had the worst case of CTE for someone his age. In a documentary made about Hernandez on Netflix, it was said that Hernandez’s judgment was impaired, that started during his college career, which could explain why he became aggressive so quickly and committed murder on his own friend. This case is a tragic example of how CTE can go unnoticed for years but symptoms are still visible.

Researchers at Virginia Tech found that football risks start at an early age. They observed 9 to 12 year olds and found that about eight percent of head impacts were greater than 40 times the force of gravity, which is very bad for children. These findings scared parents and raised concern about their children playing youth football. Researchers are very concerned with children younger than the age of 12 starting tackle football because it can lead to mood and behavior problems later in life. As a result, the participation in tackle football has decreased by about 20 percent since 2009. In response to this decrease of participation, a new type of football was introduced called “rookie tackle,” which helps to decrease the intensity of physical contact on children. Even with this new game, parents and researchers are still concerned about children not being safe enough. According to Lucile Packard Children’s Hospital at Stanford University, almost 215,000 children ages 5 to 14 were treated at the hospital for football-related injuries, more than any other sport-related injury.

Some people believe boxing is more dangerous than football, but others think the opposite. During a boxing match, the boxers are expected to get hit by only one person and they know where those hits are coming from and where they’re expected to land. Also, in boxing matches there is a referee right there next to the two fighters which could be considered as a much better form of protection than football since there are much more players and much more spread out across a field than boxing. In football, “you can get hit when you are completely defenseless,” which causes greater risk for a more serious injury. The point of boxing is to hurt the other opponent, but in football it is not, the point is to try to score as many points. So, which do you think is the most dangerous, boxing or football?

New rules from the NFL have been put into place to decrease the high risk of head injuries, such as the crown-of-helmet rule. This rule penalizes a player if they initiate contact with the top of another player’s helmet. Another rule put into place was to have an unaffiliated neurotrauma consult (UNC) at every game to evaluate any player who may seem to have a concussion. Even though rules like that are in place, there is still a major risk with playing football. It is inevitable to get concussions and small head injuries when playing football because it is a very high contact sport. No matter what, the risk of head injuries will always be there making football a very dangerous sport. Even though football is the most popular sport in America, it causes very high risk for injury, but will that actually stop football from being played by the youth and professionals?