Music Review: “No Time To Die” 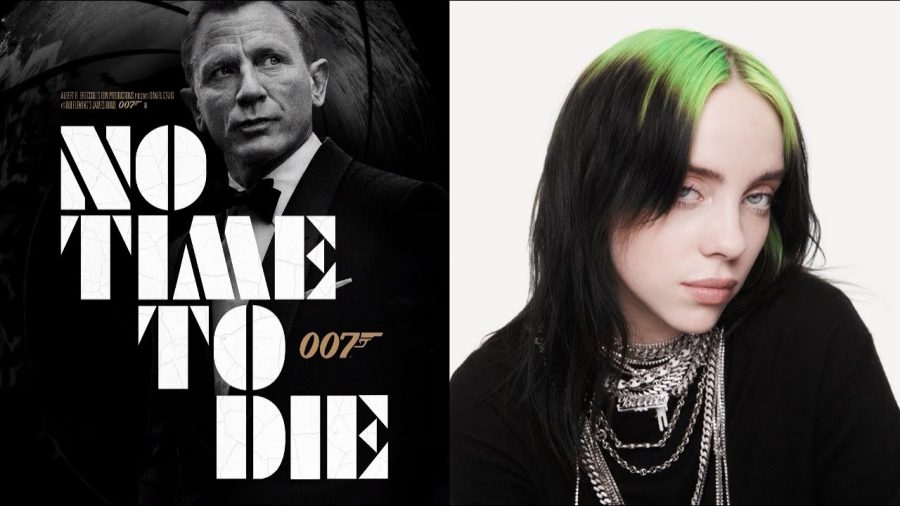 All opinions on “No Time to Die” are strictly personal. Everyone’s opinion may differ.

“No Time to Die” by Billie Eilish was released Thursday, February 13th. The song has hit 30 million views on YouTube (and growing). The song was released as the opening theme for the 25th James Bond film: No Time to Die (April 2020). At age 18, Billie will have one of her songs broadcasted in a film for the first time. According to Genius, “The song explores a theme of romantic betrayal, in line with hints from the film’s trailer that dark secrets will be revealed about Bond’s Spectre love interest, Dr. Madeleine Swann.” Whether you are a huge fan of Billie Eilish, James Bond, or both the song is powerful and is certainly movie worthy.

The song starts with a slow fade-in with the piano. For any James Bond fan, the introduction sounds like a perfect fit for the upcoming film. At the 30 second marking, Billie begins to sing her first verse. Many of the lyrics reference heavily to the movie as well. For example, she sings, “You were my life, but life is far away from fair. Was I stupid to love you? Was I reckless to help? Was it obvious to everybody else?” This is a reference to the No Time to Die trailer. The song sounds like it would be in a James Bond film. Genius goes further to say, “FINNEAS added that the brother and sister pairing had been dreaming of writing the Bond theme their entire lives. “There is no more iconic pairing of music and cinema than the likes of Goldfinger and Live And Let Die,” he said.'”

I enjoyed listening to “No Time to Die” by Billie Eilish. The song has a very angelic and action movie vibe. Along with the relaxation of the piano, the lyrics are a great way to hype the new James Bond movie. Watching Billie Eilish grow so quickly in the music industry is shocking and inspirational. To be only 18 years old and have a record on a movie soundtrack shows talent and success. If she is able to produce music and be successful, it is not impossible for whatever one’s passion is. All you’d need is motivation and the strength to keep going. My final review on “No Time to Die” is a solid 10/10. I recommend listening to the song and keep an eye out for No Time To Die which hits theaters April 2020.