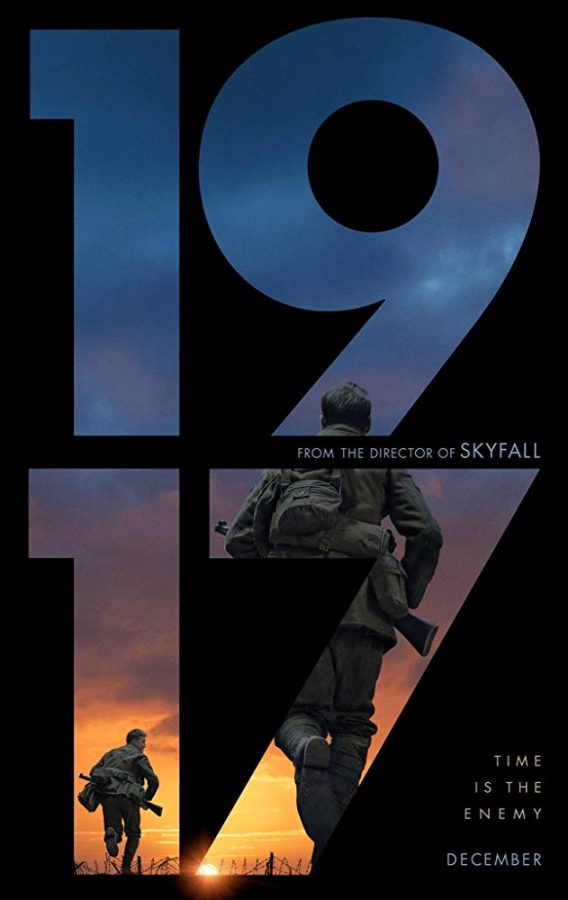 Recently I found a movie that was breath-taking and visually stunning called 1917.  Starring Dean Charles Chapman and George McKay – 1917 is a war movie showing the reality of World War 1 in the trenches.  Now before the review starts, a few things to keep in mind.  Number 1, this is NOT a kid’s movie; there is cussing and people die.  With that in mind, please keep children at home.  I do not want any child scarred for life due to this review.  Good?…  Good.

For any students going to see this movie, this is a heavy hitter.  Though there is action, this movie will not be a fun adrenaline rush.  You have been warned.  Also, this movie may be historic, but it is not a movie to study for a test (I will explain more later.)  If you need to study, then study; do not watch this movie.

Alright, if you are still here, thank you for sticking around.  I am going to keep this spoiler free, but I will be talking about the meaning of the movie.

1917 is about two men as they try to make their way through war zones during World War 1 to deliver a life saving message.  This is a nice concept, because you are rooting for the characters to get to their goal; usually war movies focus on the outcome of a battle.  This is supported by the great acting of the cast, who make you care for them, whether or not they were important in the long run.  It is also supported by the gritty tone.

Then there is the cinematography and special effects.  The directors of this movie decided to do the whole movie in two shots, meaning the camera only stops filming once.  This helps you to feel like you are there with the characters.  This is also logistical nightmare.  The crew was somehow able to move the camera smoothly, from scene to scene, without it getting bumped or jostled.  It is also harder to pull things off, like faking deaths and keeping the lens unscratched by explosions.

If there was any draw backs to the movie, it would probably be how emotionally draining it is.  I you are like me, you will probably create a connection to these characters.  This means that you will feel everything they feel by the end of the movie.  Slight spoiler (but not really) they are exhausted.  There will also not be perfection in every second of the movie, due to the way it was filmed.

Still, I believe that the positives of this movie far outweighs the odds.  I would give this a 5 out of 5 stars.  Go watch 1917.  It is a good way to learn about “the people” rather than “the war.”