We are going to miss you. In your six floors in Washington D.C., you represented all types of Journalism.  You had tons of primary source news clippings; there was everything from Martin Luther to the Cuban Missile Crisis.  You covered the development of the Radio and how it played into reporting for World War 2.  You went behind the screen, showing what happens to make a TV show.  You also showed photography in your section on Pulitzer Prize

Pictures from “Pictures of the Year: 75 years of the Worlds Best Photography”

You were bold, diving straight into social justice.  You repeatedly brought up LGBT rights, presenting multiple videos on the subject. It might be uncomfortable to talk about Stonewall for some, but you didn’t care.  You were just as relentless with your coverage of African Americans in journalism.

A picture from Rise Up

You were bold in other ways too. You didn’t shy away from the scary parts of journalism, the deadly parts.  You represented war journalism with honor and dignity, whether it was the Korean War or the Middle East.  You showed the risk at home too.  You honored people who have died at home, like Don Bolles and those killed in the Capital Gazette.  You even showed us the story of Bill Biggart, who died taking photographs on 9/11.

Wall of Journalists Who Have Died on the Job

Car From Journalism in the Middle East

Map of the Freedom of Journalism

Still, you made us laugh.  Visitors would LOL @ your section on Comedy Central.  You lead us through jokes by John Stewart, John Oliver, Trevor Noah, and many others.  You also showed us the recent comedy from just days before.  It was nice to see modern comedians like Jimmy Kimmel and Jimmy Fallon 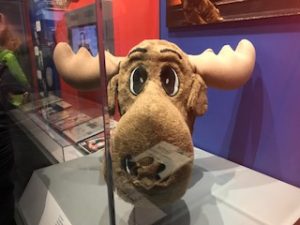 The best part of you, however, was that you wanted to have a discussion.  You gave your visitors more questions than answers, with poll walls and discussion boards.  You showed both sides of an argument,letting the audience decide; that is what Journalism is, after all.  I know that your building was sold to John Hopkins, but I hope you reopen soon. 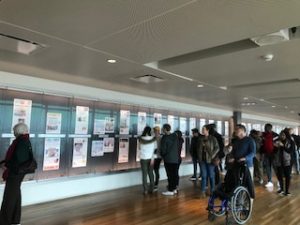 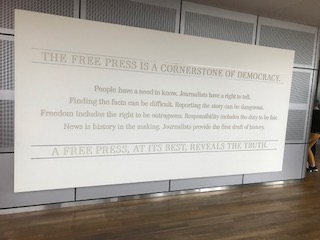