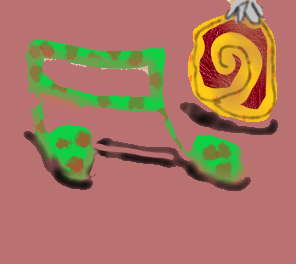 There is one thing that you either love or hate when it comes to the holidays, music.  Music is something that I look forward to for months before Christmas; coincidentally my family dreads Christmas music.  All jokes aside there are a bunch of Christmas songs to choose from, and here are some of my favorites.  Hope you enjoy.

Feliz Navidad: Ok, so I’m going to start off with a classic, or at least it’s one in my house.  Feliz Navidad is a nice upbeat song that is silly.  It can end up being a bit repetitive and a bit of a teasing song, though, so it falls low on my list.  This song is typically sung by Jose Feliciano.
Santa Claus is Comin’ to Town: Is this another classic? Yes. Yes, it is.  Do I like original version? No.  No, I do not.  Bing Crosby is nice and all, but the Jackson 5 take the cake for this song.  I also love their song “I Saw Mommy Kissing Santa Clause.”
Away in a Manger: I like this song because its nice and gentle.  It is a bit religious, so only listen if you want to.  I really like Pentatonix’s version of the song.  (P.S. Expect more of them on this list)
Jingle Bell Rock: I like the Bobby Elms version of this song.  It has a nice swing with an upbeat rhythm, while not being to fast.  It’s a nice song for a party
It’s Beginning to Look a lot Like Christmas: I like to listen to this song to get in the Christmas spirit right after thanksgiving.  It has a slow beat but positive outlook and catchy. I like listening to either the
Silent Night: Here is our second Pentatonix song, Wahoo! I like this song in all of its forms, of course.  It is a nice song for relaxation and reflection on the season.  I must say that I like the Pentatonix version the most.
Carol of the Bells: This song is at number four because of its build.  “Carol of the Bells” has a combination of classical and rock.  One of the versions of this song that I like is the one by Trans-Siberian Orchestra.
White Christmas: I have a history with this song; I used to play it on the piano when I was younger. I like Bing Crosby’s version the most because it is fragile and light.
Marry did you know: This song is my runner up because of how dynamic the song is. It, like “Carol of the Bells,” is both gentle and intense.  I like the Pentatonix version for the harmonies, but also like listening to Michael English’s version because of the rhythm in the background of the song.
That’s Christmas to me: This is my favorite Christmas song. Of all the songs on this list it is the Only Pentatonix original.  I like it for its lyrics and how it reflects the holidays.  It has a gentle melody that is complemented with beautiful harmonies.  Over all, it sums up the holiday for me.