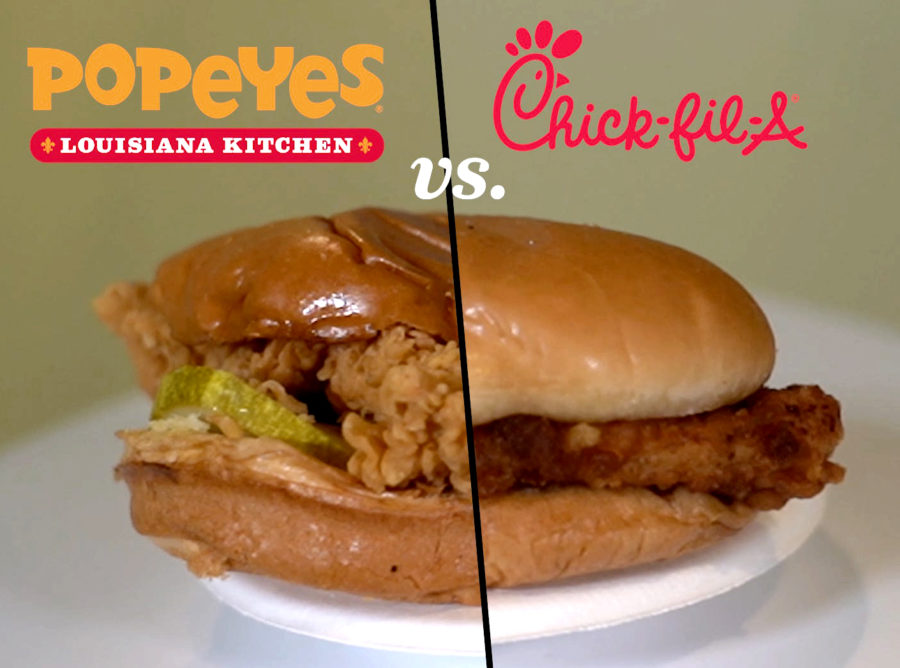 Lately, a big phenomenon has been the re-release of the Popeye’s chicken sandwich. It was initially released a few months ago and immediately sold out as it became insanely popular. A few months later, it came back, and people were lining up immediately just to try this chicken sandwich. People describe the sandwich as being the best they have ever tasted, and some even say that it’s better than Chick Fil A’s classic chicken sandwich. After waiting for some of the commotion to die down, I went myself to try the sandwich that everyone was talking about.

The sandwich was delicious as everyone said it would be, but some of the hype surrounding it seemed overexaggerated. For example, there was actually a man in Maryland who was stabbed and killed over the Popeye’s sandwich, and that is beyond unnecessary. However, the crunch of the sandwich was extremely satisfying, and the bread was magnificent.

As far as the comparison between the Popeye’s sandwich and the well-known Chick Fil A sandwich, it’s a very close competition. There are a lot of opinions on either side, and some people prefer Popeye’s simply because of the homophobic nature of Chick Fil A as a company. After eating both of the sandwiches and being inside both of the restaurants, I was able to form a fairly solid opinion.

As a whole, the experience of going to a Chick Fil A is significantly better than the experience of going to Popeye’s. It is a much easier and cleaner process, and the employees are much more friendly. The Popeye’s establishment was dirty, the kitchen from what I could see was a mess, and the friendliness was at a minimum. However, when it comes down to just the sandwiches, the Popeye’s chicken sandwich has a better flavor and consistency than that of Chick Fil A.