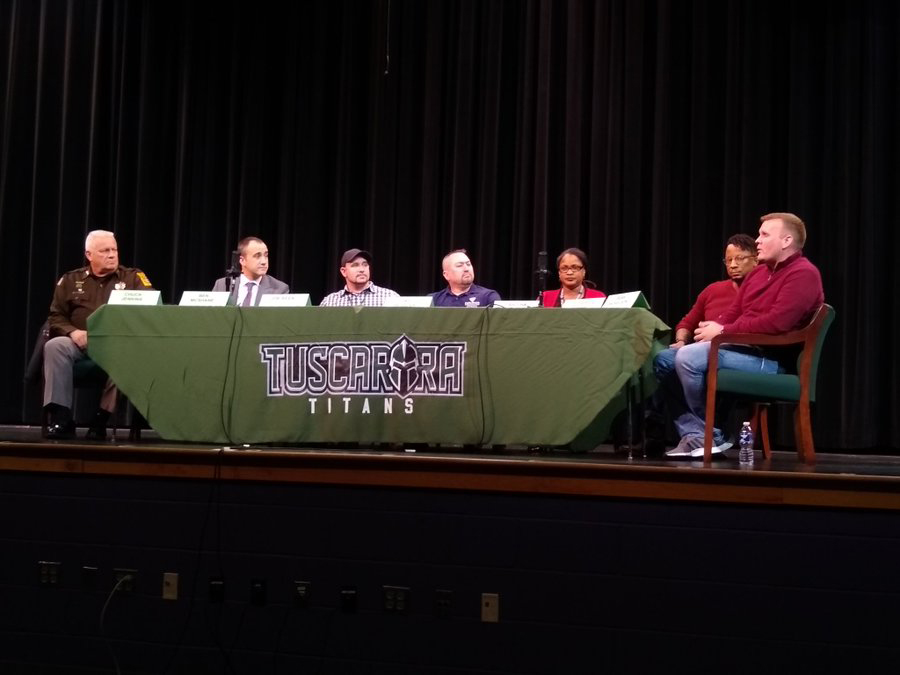 The opioid crisis has become a very large problem in recent years across the U.S., especially in Frederick County. The rate of addiction and overdose is increasing rapidly every year, and Joseph Green is helping to bring awareness to this problem. Joseph Green is a spoken word artist who visited THS on November 12th to bring awareness to this crisis by speaking about his own personal experiences and how the problem needs to be solved.

The speaker spent a lot of time touching on his personal struggles and how they impacted him as a person as well as the people around him. He helped to make people understand that this kind of problem can genuinely happen to anyone, which is why it’s so important for us to keep an eye on those around us and look for the signs of drug addiction. In an interview with Mr. Ratti, he revealed that he believes that the solution to the opioid problem is to “address all of the root causes.” He says that these causes include education, mental illness, and poverty.

This issue is very personal to Mr. Ratti, as he said in the interview, because he personally lost a close friend to suicide via opioid consumption. Alex Kish, who attended the Opioid Awareness event, claims that the best way to help with this situation is to “monitor the people who we are around.” There are a lot of signs of opioid addiction that people need to learn to watch out for in the people around them to help keep it from advancing any further.

Overall, attendees of the event felt as though the experience was “engaging” and “meaningful.” They felt that the event was eye-opening to just how often addiction can occur and how it can genuinely happen to anyone. Awareness of the opioid crisis is becoming increasingly more important with the growing fatality rates, and it’s important for people to be watching out in their everyday lives.