Student of the Week: Ian Cotto-Alvarado 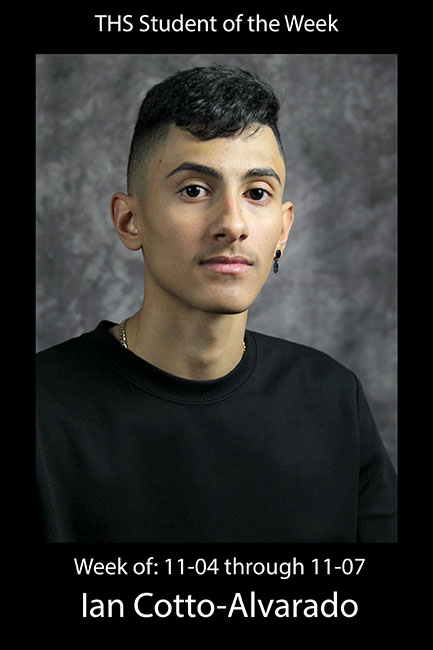 Ian Cotto-Alvarado, a senior, is nominated for Student of the Week by Ms. McGrew (science teacher).  “Ian scored 100% on the recent fiber identification test!  SCI here he comes!” Ian is in fact considering a career in forensic science, but his first choice is chemical engineering.  Ian has applied to UMBC, Towson, and FCC with plans to study science. Currently he is keeping busy working as a cashier at Walmart and taking dance lessons at a dance academy in Frederick.  Ian enjoys hip hop, break dancing, salsa, merengue, and bachata. He also enjoys Anime and Manga in his spare time. Ian sees his success as the result of people pushing him forward. For example, his parents are his role models because “they never get down when something bad happens and they help my brothers and I towards our dreams and futures.”  Ian is originally from Puerto Rico and after seventh grade he moved to New York for a year and then to the Frederick area. Despite English being his second language he has overcome that challenge to be very successful in school.