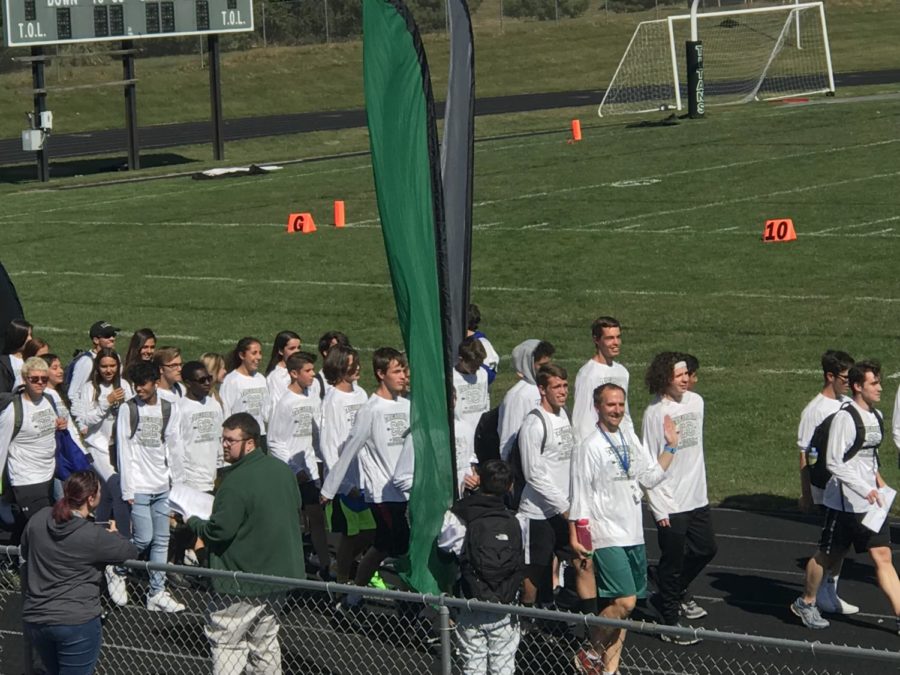 The Tuscarora Cross-Country Team is a large, but rather unknown, fall sport.  These teens are very dedicated.    The members of the boys’ and girls’ teams meet every day after school, and sometimes on weekends, to run together. They then go run at meets, where they have to navigate hills, forests, fields, and the occasional road.   Currently at one of the largest numbers in recent years, this year’s Cross-Country program is marked by self-improvement and determination.

In some ways, there are many misconceptions about Cross-Country.  It is sometimes viewed as a filler sport – something for athletes to do in their off season.  Now, it is true that many Cross-Country Runners are also involved in other sports; examples include track and swimming.  That does not mean that these students are not motivated or dedicated.  Seven-year Coach Churhan, talks about the importance of the summer running program to the titans running team.  “We started the second week in June, and had over… over 30 of the current runners in the program do summer running with us on one of the three days that we did it as a group.”

The team is hoping that this dedication will have a payoff this year.  The team went to CMC Championship, the conference between Washington and Fredrick county Cross-Country Teams on October 18th.  According to Churhan the boys got “4th overall in CMC and 2nd in the spirals division behind Linganore.”  Regional will be on October 31st at TJ High School.   Both the boy’s and girl’s teams have hopes to get to States, the follow up to regional, this year. Please try and support this great team and its members this year.