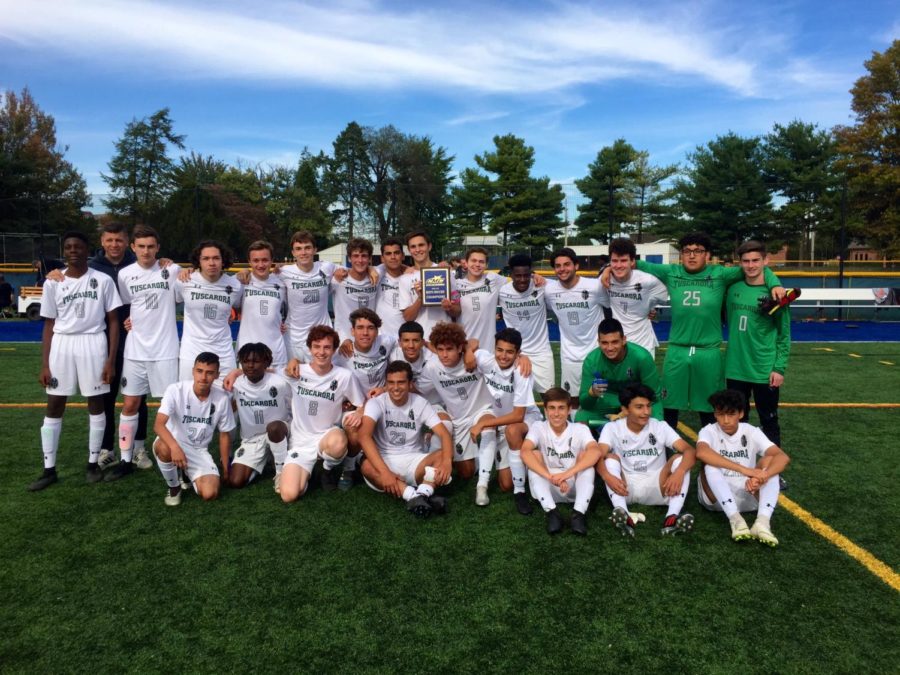 For the first time in the history of the team, Boy’s Soccer has won the CMC championship. CMC stands for Central Maryland Conference. The CMC champion is determined in a match up between the Spires division champion and the Gambrill division champion. The Spires division features larger schools in the area, 3a and 4a, while the Gambrill division are typically smaller schools, 1a and 2a. The winner of the CMC championship earns the top seed in regional play-off competition as well as a first round bye. The boys team, under the direction of Coach Knepper, ended their regular season with a 2-1 win over Middletown which clinched them the CMC title. The win came against a Middletown team that won the previous match between the two rivals our victory nudged the Knights out of the top spot. Our boys Soccer team ended their season with a record of 10 wins, three losses, and one tie. The win is historic for our Titans and it sets them up well for the play-offs with the number one seat and a first round bye.

The Titan boys will play make their 2019 play-off debut Saturday evening at Middletown High where they will face the winner of the South Hagerstown vs. Linganore match. The game starts promptly at 6:00 p.m.

So, make the trip to Middletown Saturday evening to cheer our boys to victory!!!