Student of the Week: Michael Mirandez-Bolaines 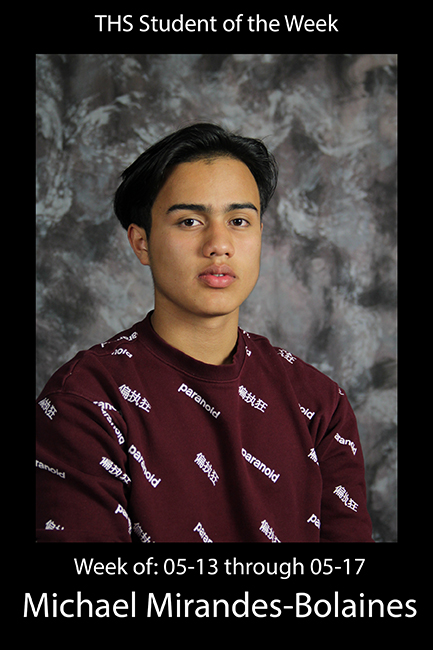 Michael Mirandes-Bolaines, a freshman, earned the recognition of Student of the Week from Mr. Hanson’s nomination.  “Michael is extremely hard-working and turns in high-quality assignments on a regular basis. He is NEVER afraid to go the extra mile. He also assists many of his classmates as necessary.”  Michael is not afraid to work hard and is aiming to attend Harvard one day on a scholarship to study economics. He enjoys business and math courses. Ultimately, he would like to own his own business one day.  Michael gets his drive from his mom and dad who inspire him to be successful and do his very best. “I want to thank my father and my teachers. I appreciate all the help.” Michael has only been in the United States for two years and is still learning the English language.  Despite the language barrier he is being extremely successful in all his classes and is even planning to play football next year. Michael explained that he also works hard so he can help his classmates who are also learning the English language. He wants to inspire others to be just as successful as himself.