Japanese emperor abdicates throne for first time in over 200 years 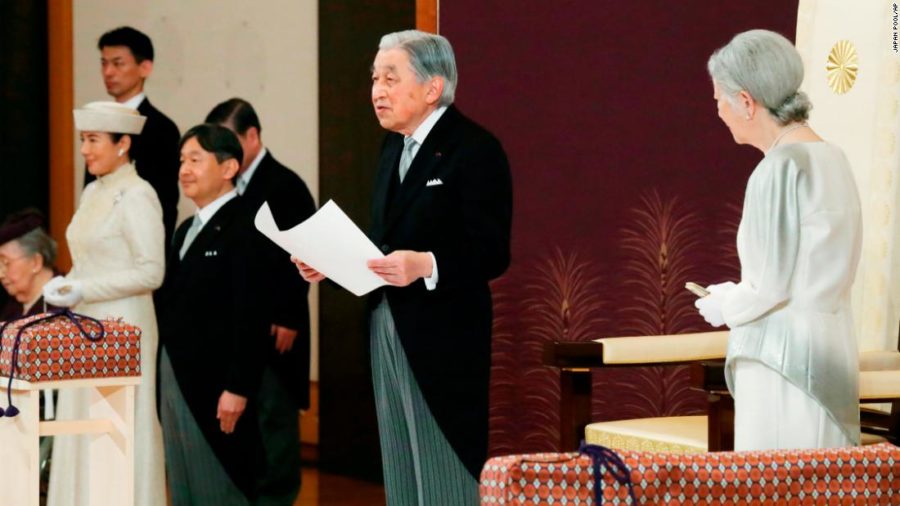 Akihito, the 85-year-old Emperor of Japan, abdicated the Chrysanthemum Throne on April 30 in favor of his son, Naruhito, bring an end to the Heisei Era that began on January 7, 1989. This marks the first such event since the abdication of Emperor Kokaku in 1817. Upon Akihito’s abdication, Naruhito succeeded to the throne as, according to tradition, the 126th emperor of Japan, ushering in a new era—the Reiwa Era, which means “Beautiful Harmony.”

As Japan is a unitary parliamentary constitutional monarchy, the emperor holds only ceremonial power in like manner as the British monarch, with governing power vested in the National Diet, the country’s equivalent of Congress. As such, the emperor is not involved in governing the country; that power is vested in the prime minister.

Emperor Naruhito is the first Japanese emperor to be born after the Second World War. Akihito was eleven years old when his father, Emperor Hirohito (now officially known by his posthumous name, Shōwa), signed the Japanese instrument of surrender, ending World War II.

Due to Japan’s succession laws that prohibit women from inheriting the throne, Emperor Naruhito’s first born, Princess Aiko, will not be the next in line for the Chrysanthemum Throne. Instead, Prince Fumihito, Naruhito’s brother and Aiko’s uncle, is first in line. There has been debate in Japan on whether these laws should be changed. Though this reform was nearly achieved in 2006, it was tabled due to the birth of Prince Hisahito. Since then, no action has been taken to enact such reform.

Sieg, Linda. “And Then There Were Three – Japan’s Shrinking Pool of Imperial Heirs.” Reuters, Thomson Reuters, 1 May 2019, www.reuters.com/article/us-japan-emperor-heirs/and-then-there-were-three-japans-shrinking-pool-of-imperial-heirs-idUSKCN1S72Y5.