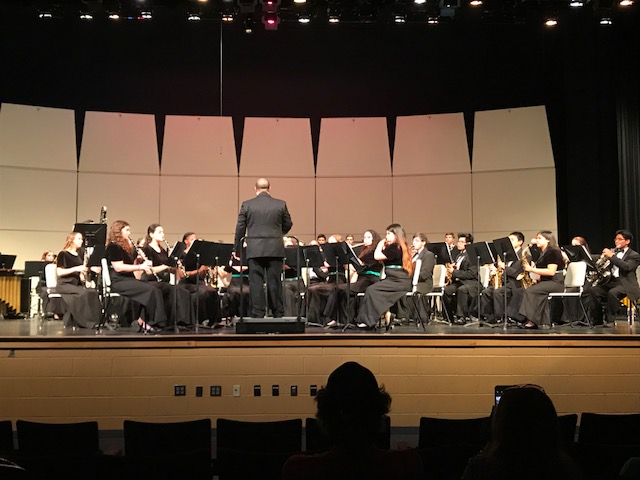 This past Tuesday, May 22nd, The Tuscarora High School Concert Band and Orchestra held their annual spring concert in the THS auditorium. The concert was delightful and it was great to see many teachers and students in the crowd showing their support.

The orchestra was the first to take the stage to perform for the night. Ancient Aires and Dances was their first piece followed by The Czech Waltz, Mozart’s Symphony No.12 , Danzon, and lastly Pizzicato Blues. Once the orchestra was done with their performance, the band took the stage. The band began with Hi Honor followed by Sure on The Shining Night, Incantation and Dance, Divertimento, Ragtime, Blues, Susan’s Song, Mambo Loco, and lastly Americans We.  Each group performed pieces that were completely different from the previous and both the orchestra and the concert band did a very impressive job.

The THS Spring Concert was great. Both the orchestra and concert band did a nice job during their performances and the hard work of both groups showed. I really appreciated all of the different styles of music played during the concert, which I believed kept the concert entertaining. Both music ensembles included different styles of music such as blues, latin, and ragtime to go along with the other pieces they had performed. This was very different, especially in the concert setting. It was a great mix of music that kept the audience’s attention and it showed the diversity of music in with the groups could play. The THS Spring Concert was very enjoyable and it was overall a great night for the community to support the arts. 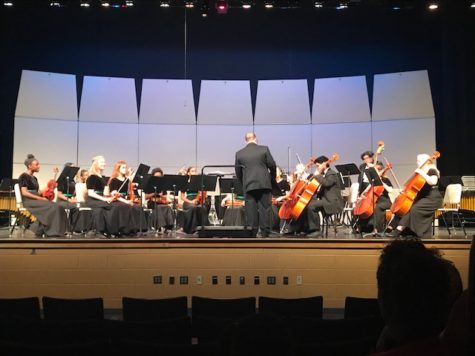