The Mount takes over Tro! 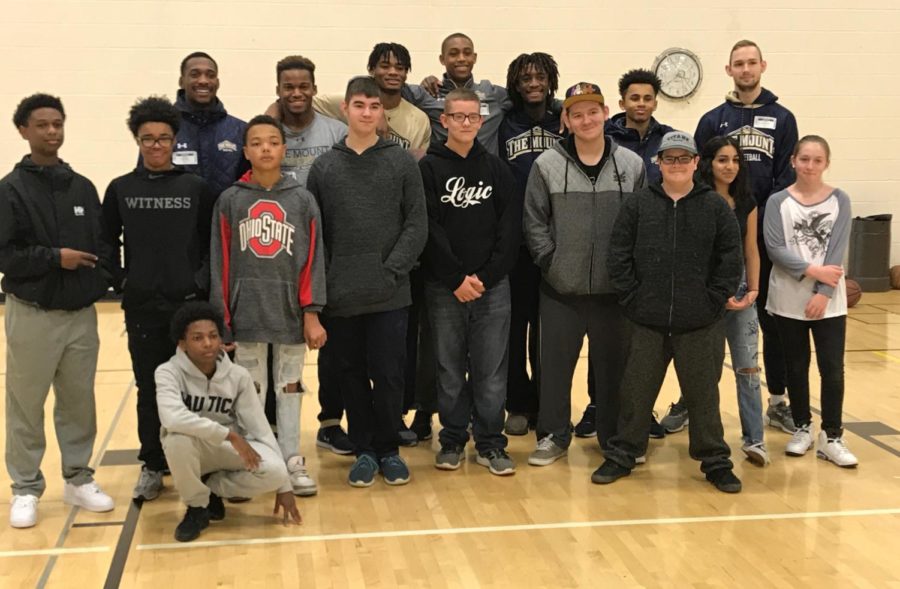 Basketball season is soon approaching and Ms. Coleman, a math teacher at Tuscarora High School, had a great idea to invite the Mount Saint Mary basketball team to come in and help her math workshop students. Because she is currently enrolled at Mount Saint Mary University, she emailed the coach and he happily agreed to having the team volunteer. They love giving back to the Frederick community, as they have volunteered at Ballenger Creek Elementary, the Special Olympics and more.

Ms. Coleman explained, “There were seven players who came in and eleven students in my class. Two players were paired with a small group of students and together they solved problems about the players that they were matched with.” The seven players consisted of James West, Chris Wray, Ace Stallings, Omar Habwe, Ross Young, Greg Alexander and Jack Vukelich. The first part of the period they worked out word problems in the classroom and the second half they went to the gymnasium and started shooting free throws and three-pointers. The students took 15 shots of each type of throw and later calculated those percentages of how many shots they would get out of one-hundred.

They also had a creative dunk contest between the athletes. Whoever came up with the most creative dunk won. Chris Wray successfully shot a reverse dunk and the students picked him as the winner. On Wednesday Ms. Coleman’s class wrote thank you letters to the athletes for dedicating their time and giving them an awesome experience! Tuscarora is proud to have teachers, like Ms. Coleman, that go above and beyond for their students! 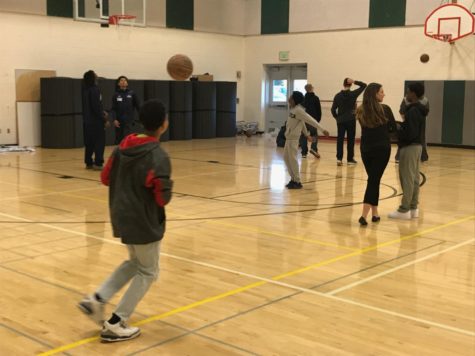 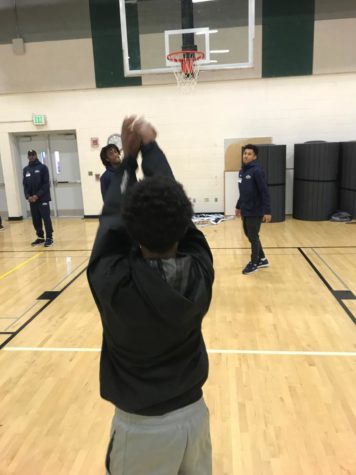 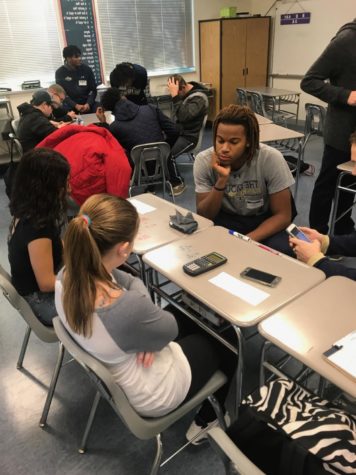 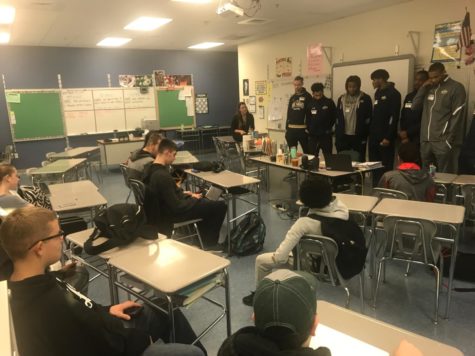