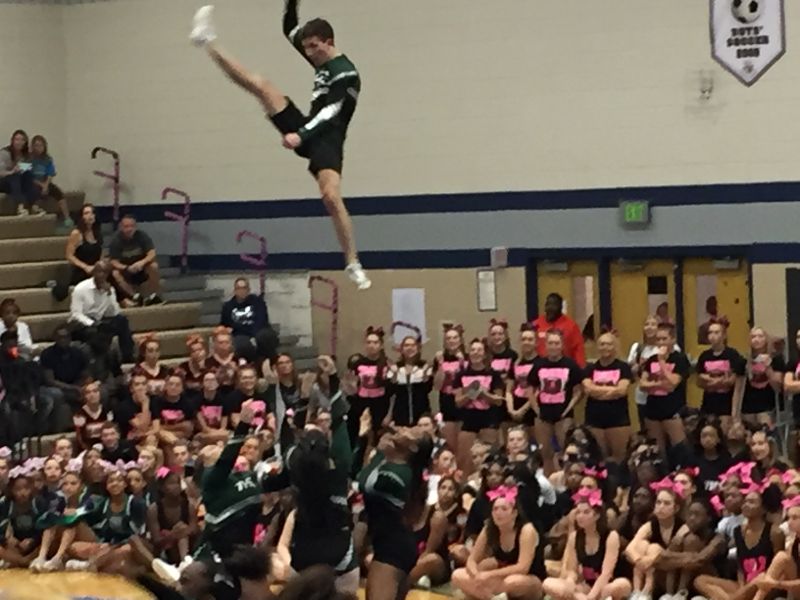 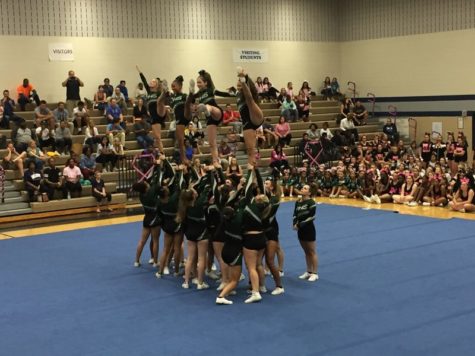 Tuesday night, our Titan cheerleaders competed in the Invitationals at Marriotts Ridge High School in Howard County. They took the mat around 6:50, as the second Varsity team to compete, and placed 5th. Different regions in Maryland, including other schools from Frederick, showed out to the competition trying to land a spot in Counties, next week.

Junior Rachel Gibson feels “confident in [their] performance.” She says they were able to hit every stunt, including the pyramid, and that all their hard work definitely paid off! The Titans came out with a score of 114.15, which is 3.35 greater than their strongest opponent Linganore. Will Linganore be able to redeem themselves at Counties? This won’t be one to miss; be sure to come and support our team on November 2nd at TJ High School.