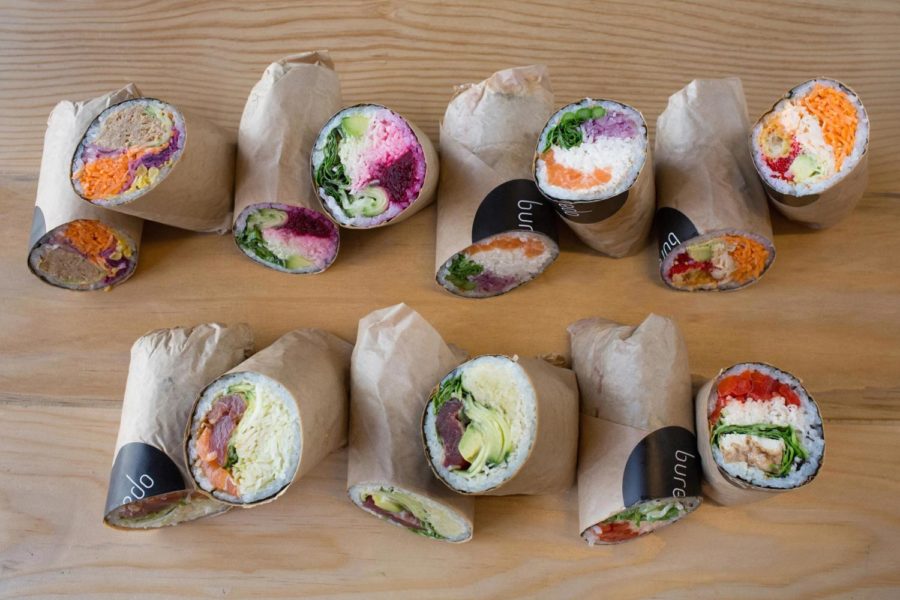 This week I decided to try a sushi place with a twist. Buredo is only in the D.C. area and new as of 2015. They’re best known for their burrito-sized sushi rolls, but also serve salads to cater to their “health-conscious crowd”. Their drink options include different bottled drinks as well as tea urns for diverse tastes. I would’ve liked fried rice or noodles to go with my roll, though, but the small chain restaurant is for a relatively specific palette. Even if you like salads, but not particularly sushi- you wouldn’t like the salads because of the classic menu combinations they still incorporate. 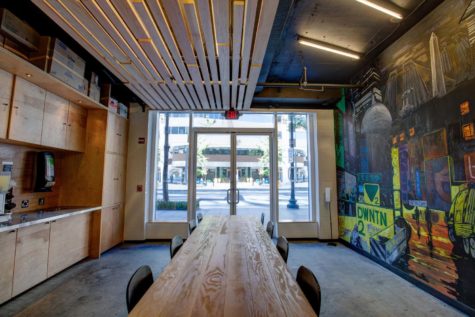 Although the menu may come up short with only 11 different kinds of rolls, not everyone is as selective with their sushi and would feel satisfied with the limited variety. Personally, I was very satisfied with my sushi roll that incorporated meat instead of seafood. If you are a picky eater, however, the restaurant is set up in a chipotle-style that allows you to change around the ingredients for no cost. The name “Buredo” may encompass the majority of their menu, but a modern miso soup dispenser and aesthetically pleasing snacks, like Wasabi Peas, are also featured as extra-cost sides at this hole in the wall.

Overall, I’d strongly recommend Buredo to D.C. natives. It was named on the list of “Best Fast Casual Food in D.C.”, as well as other critically acclaimed online blogs. However if you aren’t a regular to the capital, it’s not the most convenient option for a healthy lunch. So next time you’re around for a visit at the National Mall, or even by their closer Bethesda location, consider Buredo for either lunch or dinner.