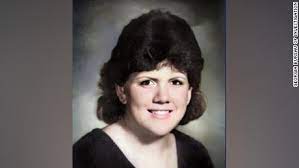 Stacey Lyn Chahorski who had been missing for 33 years was finally found and identified. She originally went missing in 1989, her body was then eventually identified after three decades. Her remains had been found for a while but were not properly traced to her until 1988. When her body was identified they were able to use Genealogy technology to identify the killer. Stunt car driver Henry Frederick Wise “Hoss” was identified as the murderer. However, no justice could be brought to this case since Henry burnt to death in a stunt car accident back in 1999, he was 43. They found his DNA at the crime scene and it couldn’t actually be linked to anyone for several years. Not much else was found at the crime scene besides some jewelry which was given back to the family. To link the DNA the FBI and GBI went to a laboratory known for solving cold cases. This was no other than Othram, located in The Woodlands, Texas. They finally received an analysis of a positive match. After the positive match was found they interviewed and collected DNA swabs from the family. The GBI then came out with a statement which is where they revealed the killer, who was Henry. As for the family of Stacey, they received the body from an unmarked grave that she was originally put into with no proper identification. When Stacy’s mom, Mary Beth Smith, received the body she said that it brought “a little bit of peace.” This was along with the jewelry that was mentioned before.